Jared Barron (11), representing VANPEX 2007, �Maple Leaf Stamps of Canada� - The maple leaf has been a Canadian symbol since the 1700s. As shown in this exhibit, it is found on a wide variety of philatelic material. (3 frames)

Alexander Faulkner (14), representing Edmonton National 2007, �Sports on Stamps� - An exhibit on sports, from Archery to Track and Field. (4 frames) 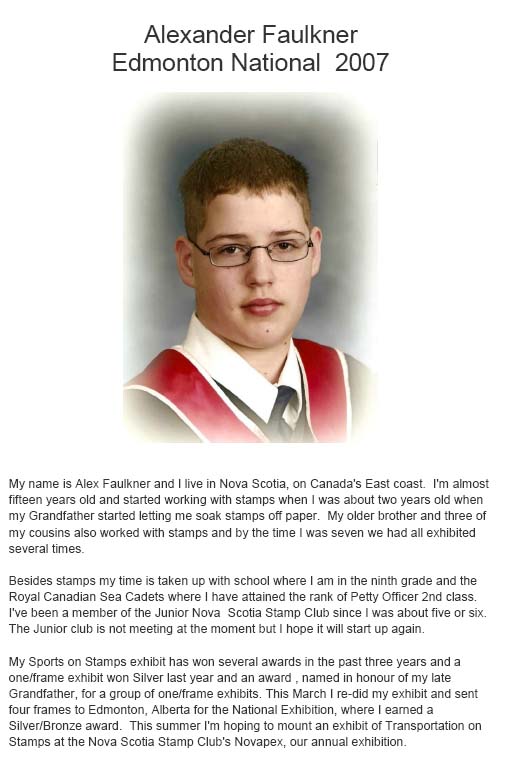 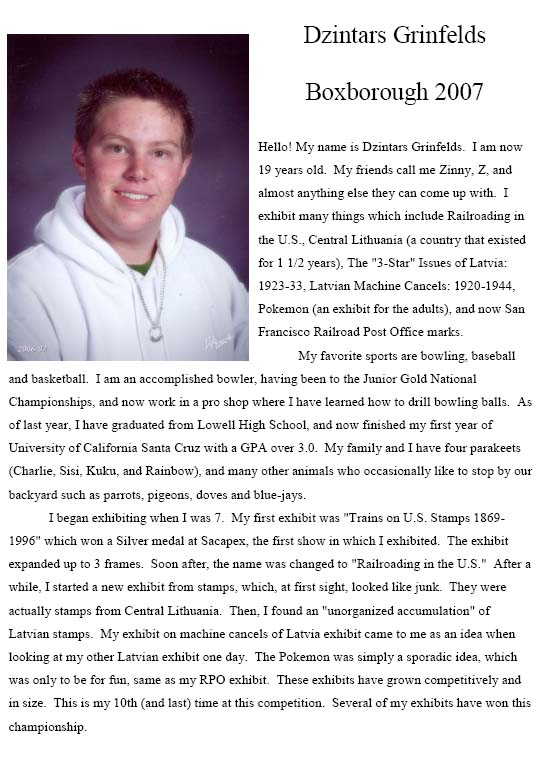 Tim Hodge (16), representing ROPEX 2007, �Falconiforms: Birds of Prey� - This exhibit shows all of the genera of birds of prey, their characteristics, behavior, use as national symbols, falconry, and their conservation. (5 frames)

Tim Hodge (16), representing VAPEX 2007, �The World of Wild Cats� - Throughout this exhibit, I have attempted to cover the life history of wild cats throughout the world. (2 frames) 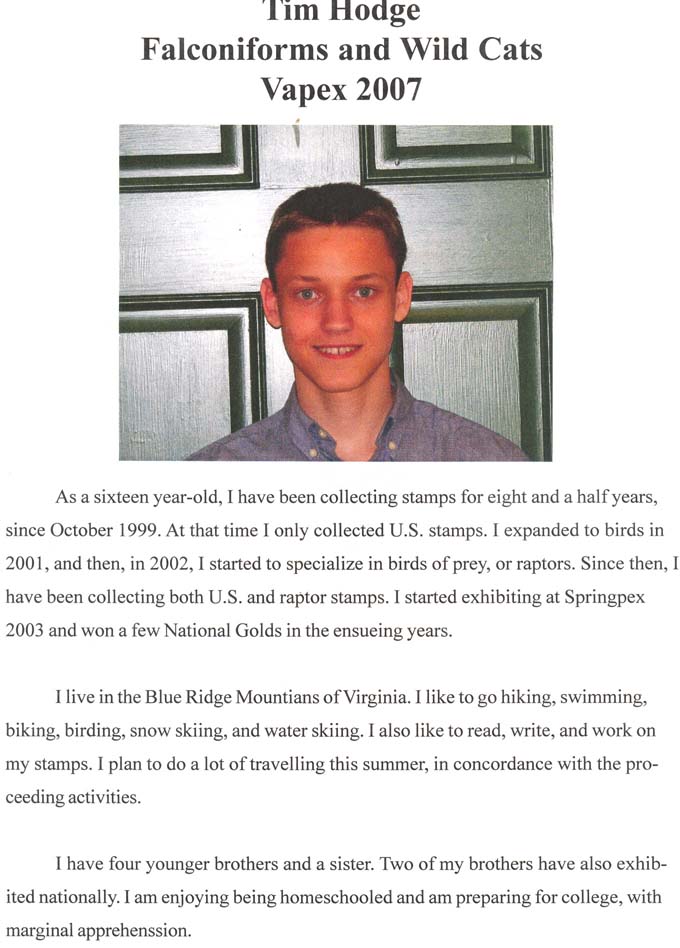 Shannon Madigan (12), representing Ameristamp Expo 2008, �The Wonders of Animals� - You get to learn about animals and their surroundings. (1 frame)

Sabrina McGill (12), representing INDYPEX 2007, �Zoofari� - The story of a child�s adventures while on safari with her friends. The story is illustrated with philatelic materials. ( 5 frames) 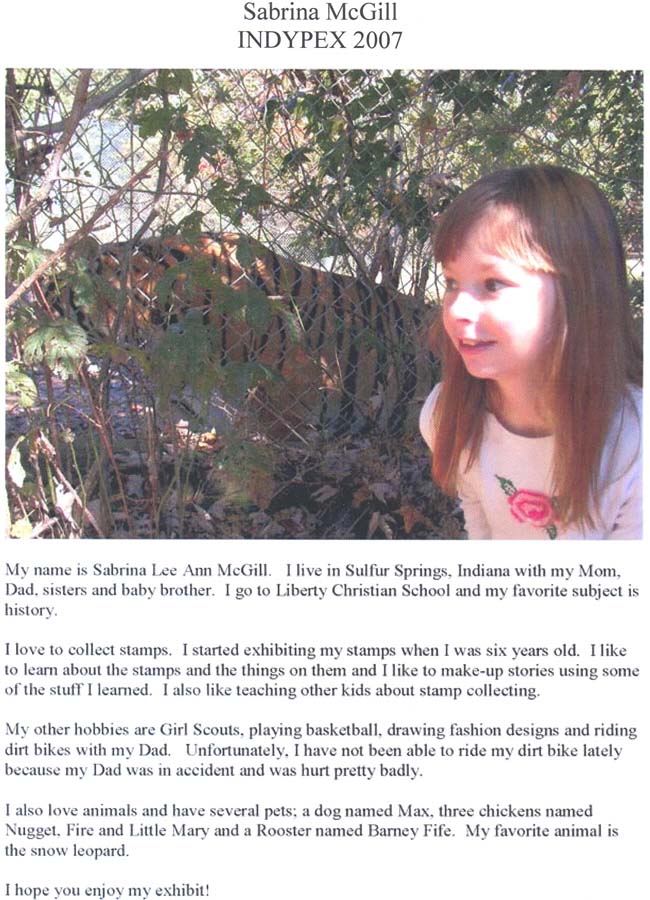 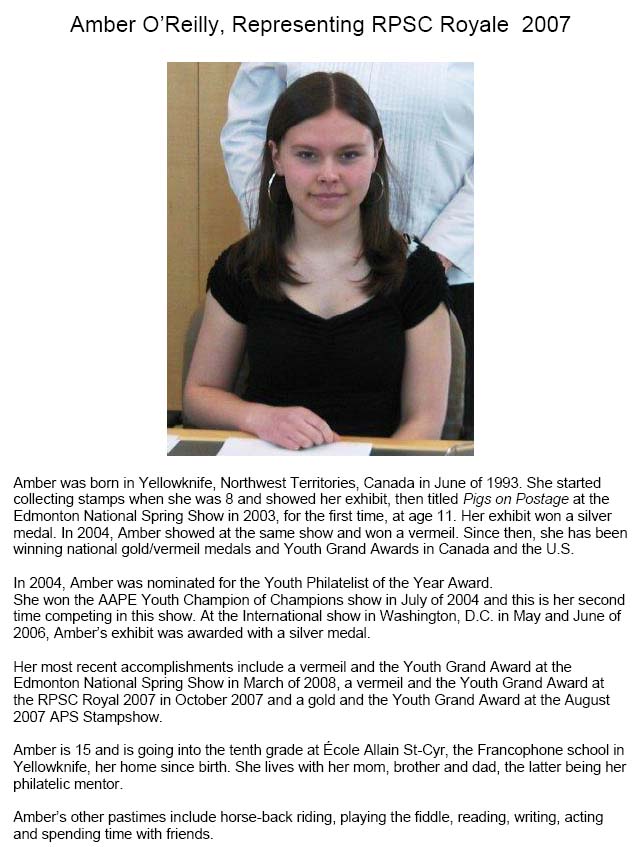 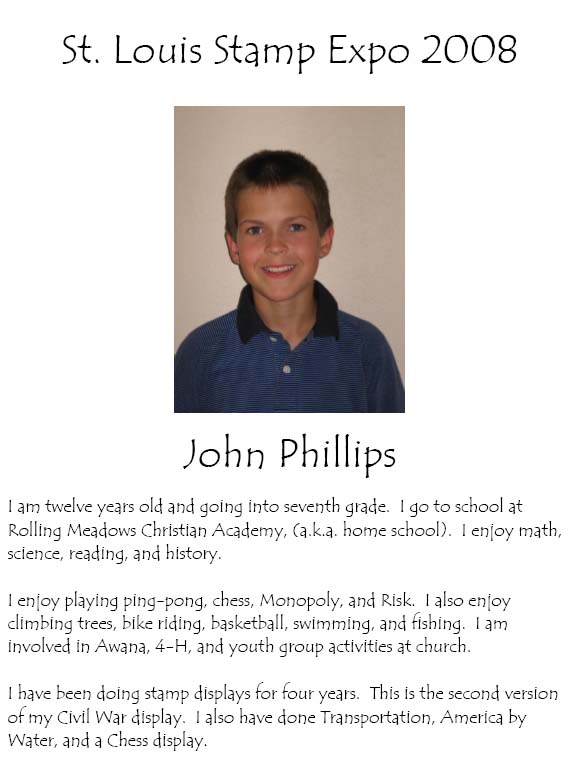 Jenna Smith (9), representing the Minnesota Stamp Expo 2007, �My Favorite Animals� - In my exhibit, I�ll share some of the items I�ve found for my six most favorite animals: cats, dogs, rabbits, horses, mice and butterflies. (1 frame) 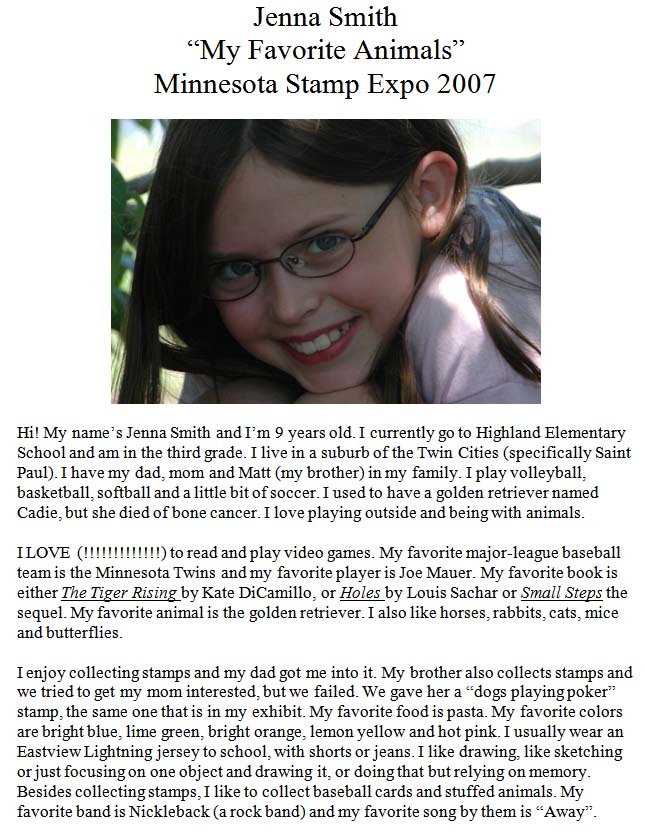 Emma Sorenson (8), representing MILCOPEX 2007, �Dogs,� My exhibit is about Dogs. I like dogs a lot. I will show different kinds of dogs. (1 frame) 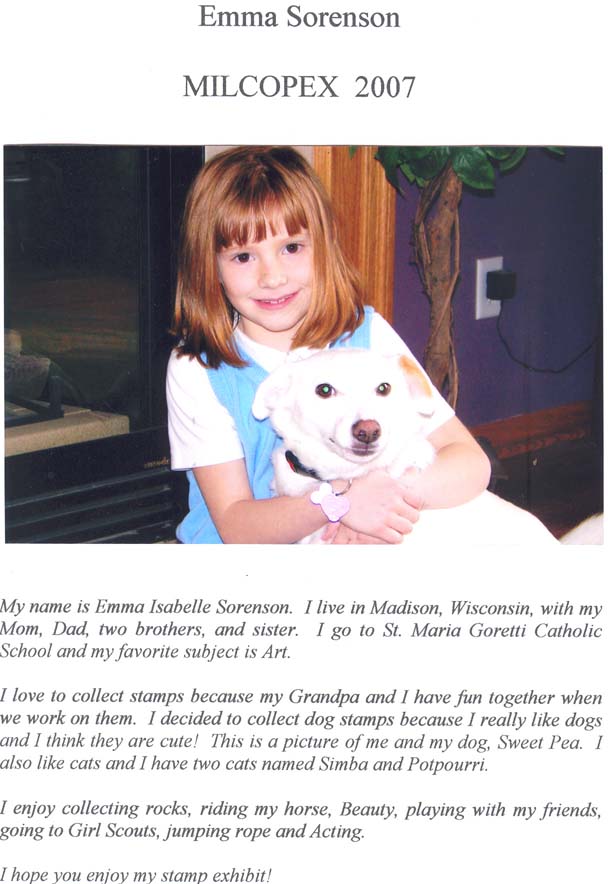 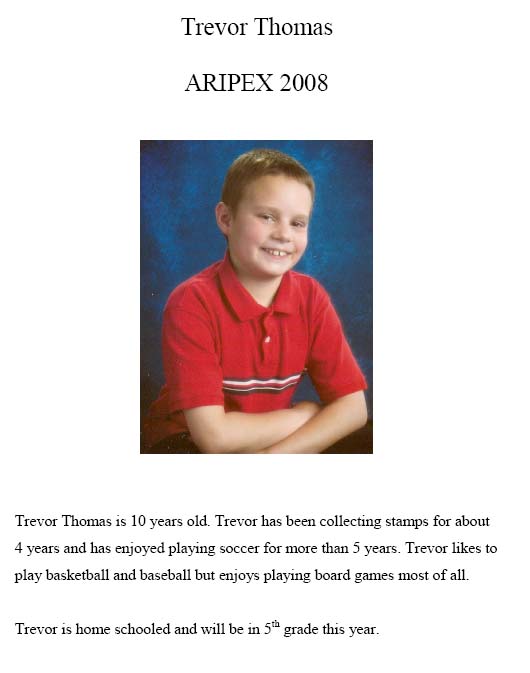